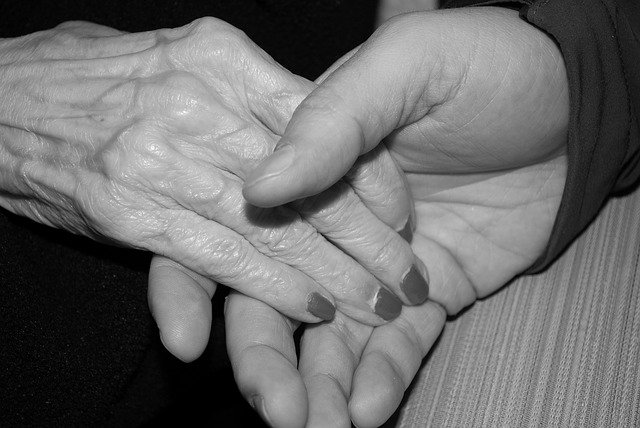 30 Jun Bruising in Seniors: Is It Normal?

Posted at 09:50h in Uncategorized by Gauger 0 Comments

Anyone can develop a bruise at any age, but seniors often develop them more frequently than their younger counterparts. As a senior ages, he or she will typically become more susceptible to bruising. While most bruises heal on their own without the need for medical attention, though, they could be a sign of an underlying problem.

The Basics of Bruising and What It Means

Bruising is a natural phenomenon that’s characterized by the collection of blood cells near the skin. Deep below the skin are blood vessels that transport oxygen- and nutrient-rich blood to organs and tissues in the body. Blood flows through these vessels to reach areas in the body where it’s needed. When an injury or physical trauma occurs to a blood vessel, blood will be released.

A bruise is simply the collection of blood cells directly below the skin. After a blood vessel is ruptured or otherwise damaged, it will release blood. Some of this blood will rise up towards the skin where it manifests as a bruise.

Most bruises share a few common characteristics, including the following:

Why Bruising Is More Common In Seniors

Seniors are more likely to develop bruises than younger adults due to the fragility of their blood vessels. As previously mentioned, bruises occur when a blood vessel is traumatized or damaged. Seniors, however, tend to have higher rates of bruising because of their fragile blood vessels.

Another reason bruising is more common in seniors than younger adults is because they have less subcutaneous fat. Subcutaneous fat acts as padding between a person’s skin and his or her blood vessels. As a senior ages, he or she will lose some of this fat tissue. And with less subcutaneous fat, a senior is more likely to develop bruises in response to trauma or physical injury.

Many seniors also take medication that increases their risk of bruising. Over-the-counter (OTC) aspirins and nonsteroidal anti-inflammatory drugs (NSAIDs), for instance, can increase a senior’s risk of bruising. Aspirins and NSAIDs, while effective at reducing inflammation and relieving pain, promote thinner blood. Therefore, seniors who take either of these medications are more likely to develop bruises than their counterparts who don’t take them.

Some seniors take prescription drugs that are designed specifically to thin their blood. Known as anticoagulants, they are generally prescribed to protect against blood clots, stroke and heart attack. Like with aspirins and NSAIDs, though, anticoagulants can increase the risk of bruising by creating thinner blood. Thin blood is more likely to leak from a ruptured blood vessel, resulting in the formation of a bruise.

Beware of These Serious Health Conditions

Most instances of bruising in seniors — as well as other individuals — are the result of trauma or physical injury. If a senior falls, for example, he or she may develop a bruise. With that said, bruising may be a sign of a more serious underlying condition.

Diabetes is another health condition linked to easy bruising in seniors. According to the U.S. Centers for Disease Control and Prevention (CDC), about 12 million seniors in the United States are diabetic. Diabetes, of course, is a disease that involves elevated blood sugar levels over a prolonged period. Whether it’s type 1 or type 2, diabetes doesn’t necessarily cause bruising. Rather, it increases the recovery time of bruises. Diabetic seniors will typically take longer to recover from a bruise than non-diabetic seniors.

Some forms of liver disease can cause bruising in seniors as well. The liver does more than just produce bile to assist in digestion; it produces platelets that are responsible for blood clotting. If a senior suffers from liver disease, his or her liver may produce an insufficient amount of these clotting platelets. As a result, the senior will have thinner blood that makes him or her more susceptible to bruising.

Seniors typically develop in response to trauma or physical injury. With their fragile blood vessels, even a minor injury can cause a senior’s skin to bruise. There are a few serious medical conditions, though, they can cause bruising as well, including anemia, diabetes and liver disease.